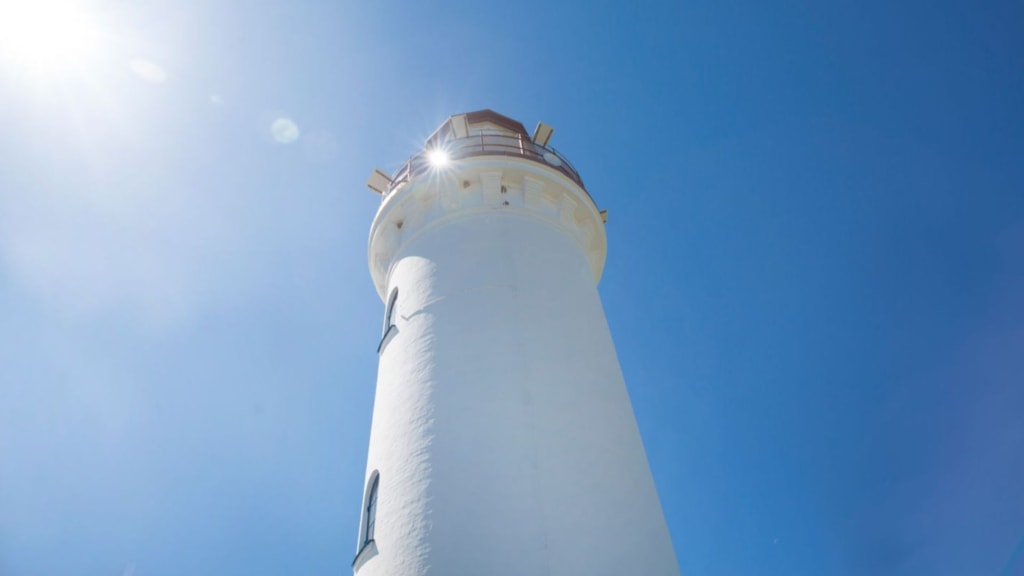 Vesborg Lighthouse is located on what is in the Middle Ages was one of the largest mounds – Valdemar Atterdags castle. Borg Bank has been an impressive structure, and the lighthouse and the associated krudthus you can even feel the greatness.

The fortress was strategically built on a hill on the island’s south-westerly point. From here you can monitor a good part of the southern Kattegat and the entrance to both the Little and Great Belt.

Vesborg mound consists of a head knock protected by impressive three ramparts and moats. These are up to 10.5 m. Deep and 20 m. Wide. Soil from the dug moats were used to increase both the main bank and ramparts. Today is a big part of the main bank degraded by marine erosion.

Exhibition in Krudthuset and in the Lighthouse
After five seasons of studies and archaeological excavations on the samske medieval castles did Ecomuseum Samsø in 2013 an exhibition on Samsoe medieval castles in the small krudthus on Vesborg. On big posters told about each of the 5 castles, and on a map of the island from 1858 all the fortresses plotted, and a poster tells of Samsoe role in the national history of the Middle Ages. On a poster in gunpowder house tells the story of Vesborg Lighthouse, which was built on the site of the 1858th

When overgrowth of ramparts and moats on Vesborg can make it difficult to assess Valdemar Atterdags big castle, there is also place a few explanatory signs at the moats.

To give visitors who take the trip up to the lighthouse, a good experience, there is all the way around on the banister keen posters that explain what you see, both miss and the horizon.

It is therefore possible from the tower to form an impression of the extent of Valdemar Atterdags big castle, one of the largest military installations from the Middle Ages in Denmark. The product will also clear guidance as to which parts of the country, it is, you look around the horizon. Krudthuset located at the entrance to Vesborg lighthouse. It was originally used as magasinrum for the materials that were used to warning shots to guide the sailing by in foggy weather.