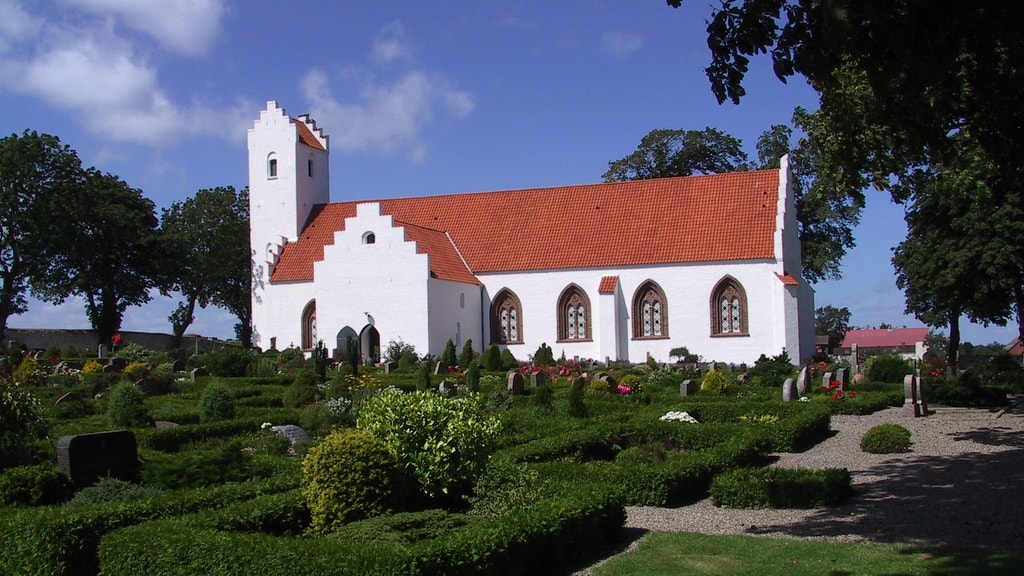 Unlike normal churches that are named after towns, Nordby Church is located far away from the town itself. It is believed that there were two other villages (Glistrup and Søby) besides Nordby and Mårup at the time the church was built that may have made this location more central.

The first stones of the church were laid in the beginning of the 13th century, but it has since been remodelled and expanded several times.

The bell in the church tower is still used during all religious ceremonies but when an easterly wind blows, the citizens of Nordby struggle to hear it. For this reason, they stopped chiming the bells when the sun rose and set, and instead gave Nordby its own street bell, which has been hanging in the bell tower near the village pond since 1857. It hung for centuries in a high wooden scaffold before that.

The roman baptismal font made out of coarse-grained granite is the oldest object in the church. In all likelihood, it has probably been there since the first church in the 13th century. Interestingly it has an unusual feature; just under the rim there is a decorative snake biting its own tail.

On the northern wall there is an amusing small marble stone in honour of local resident Marcus Achton (who died in 1804) with the inscription “…from an inconsolable widow and her ill-mannered children”.